The second act, “STAR DUST”, is a love letter and thank you to David Bowie, one of Rhoden’s longtime inspirations.

“I grew up listening to Bowie. I even think I wanted to be David Bowie as a teenager,” he laughed. “I think what’s really appealing about David Bowie is not only that he’s so theatrical and like a chameleon himself, but he was always stretching in new directions,” he said of the artist, whose eclectic career has spanned four decades.

“His uniqueness is really loud and clear throughout all these years. He was very brave in the way he created music. It lent itself to a lot of visual inspiration in my head. Then there was the feeling, the lyrics and the stories he told in the songs themselves.”

Unlike the abstract art and neo-classical choreography of “Bach 25”, in “STAR DUST” the dancers portray several Bowie characters, wearing costumes and makeup inspired by some of his most iconic looks, the lip-syncing and telling the stories of his words through movement.

“I always feel like his music conjures up a bit of an image or a storyline when you listen to it; there’s more dimensions to it,” Rhoden said. “I just found it extremely inspiring.”

Audiences can expect to see dancers perform classics such as “Space Oddity”, “Heroes” and many more. The piece begins with the haunting “Lazarus,” from Bowie’s latest album, “Blackstar,” released just before the artist’s death in 2016, and includes songs from across his long career. Some other Rhoden favorites include “Life on Mars”, “Rock ‘n’ Roll Suicide” and, as befits a famous choreographer, “Let’s Dance”.

Rhoden said “STAR DUST,” which debuted in 2016, has been one of her most in-demand shows. This, he said, speaks to Bowie’s lasting legacy. “He inspired whole generations of musicians and artists, beyond his life here,” he said. “It’s one of those things that has real resonance.”

The New York-based Complexions has “always been about diversity and inclusion,” with a message of unity, Rhoden said. As the website Complexions states, “the company’s main innovation is that dance should be about breaking down boundaries, not reinforcing them.”

In “STAR DUST,” audiences can expect to see dancers perform Bowie classics such as “Space Oddity,” “Heroes” and more, as well as music from Bowie’s latest album, “Blackstar.” , released just before the artist’s death in 2016. Courtesy of Sharen Bradford/Complexions Contemporary Ballet.

The company was founded by Rhoden and Desmond Richardson in 1994, after the two collaborated on a show that brought together many of their friends from a wide range of dance companies, backgrounds and experiences. This diversity — “not only racially, ethnically and physically,” but also in terms of dance genres, including classical ballet, modern dance, hip-hop and more, he said – proved to create an electrifying result on stage, and the show’s success led to the creation of what is now the long-running dance company.

“Nowadays it’s more common to mix genres. In many ways, I think we were a little ahead of our time,” Rhoden noted. “When you see a performance by Complexions, you will definitely see this diversity. In every area where we can, we push the beauty of celebrating our differences, celebrating the fact that we come from different worlds, have different points of view and show the beauty of harmony in very different elements blended together.” 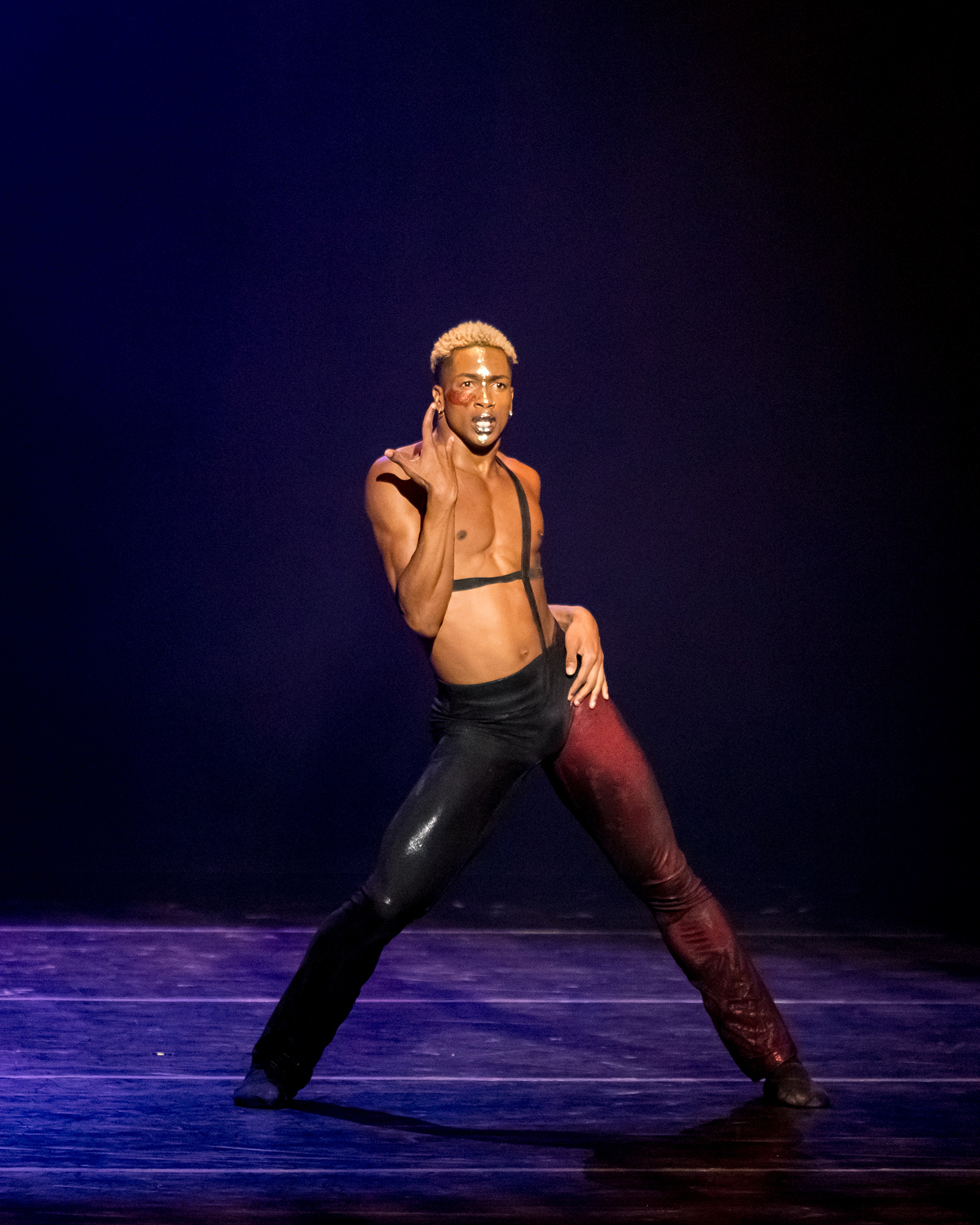 While Complexions’ shows have toured the world, the Stanford date will mark the company’s first appearance in the Bay Area. The performance is co-produced by Stanford Live and the San Francisco Ballet, which will present its own “Starry Nights” program August 5-6. Rhoden has an ongoing and loving relationship with the San Francisco Ballet, having completed a number of works with the company in the past, including, most recently, premiering “The Promised Land” with the company in April of this year.

He hopes local dance fans who have enjoyed his work with the San Francisco Ballet will also be interested in checking out Complexions.

“I’m really excited to bring my company and show the public what we are,” he said.

Choreographers are often fueled by the last dance they did, so for the watchful viewer, watching how one bleeds into the next can be an exciting way to follow an artist’s career. Dwight Rhoden, who, along with Desmond Richardson, is founding artistic director of Dyed Contemporary Balletsmothered that notion on Tuesday with his two-part “chronicle,” […]

The Joyce Theater welcomes the world-renowned Complexions Contemporary Ballet to its stage until March 3rd 2019 as the company celebrates its 25th anniversary as a leading multicultural company. Choreographer Dwight Rhoden combines traditional ballet movements with innovative methods, styles and cultures that create an immersive experience for audiences.complexions just uses minimal lighting and costumes for […]